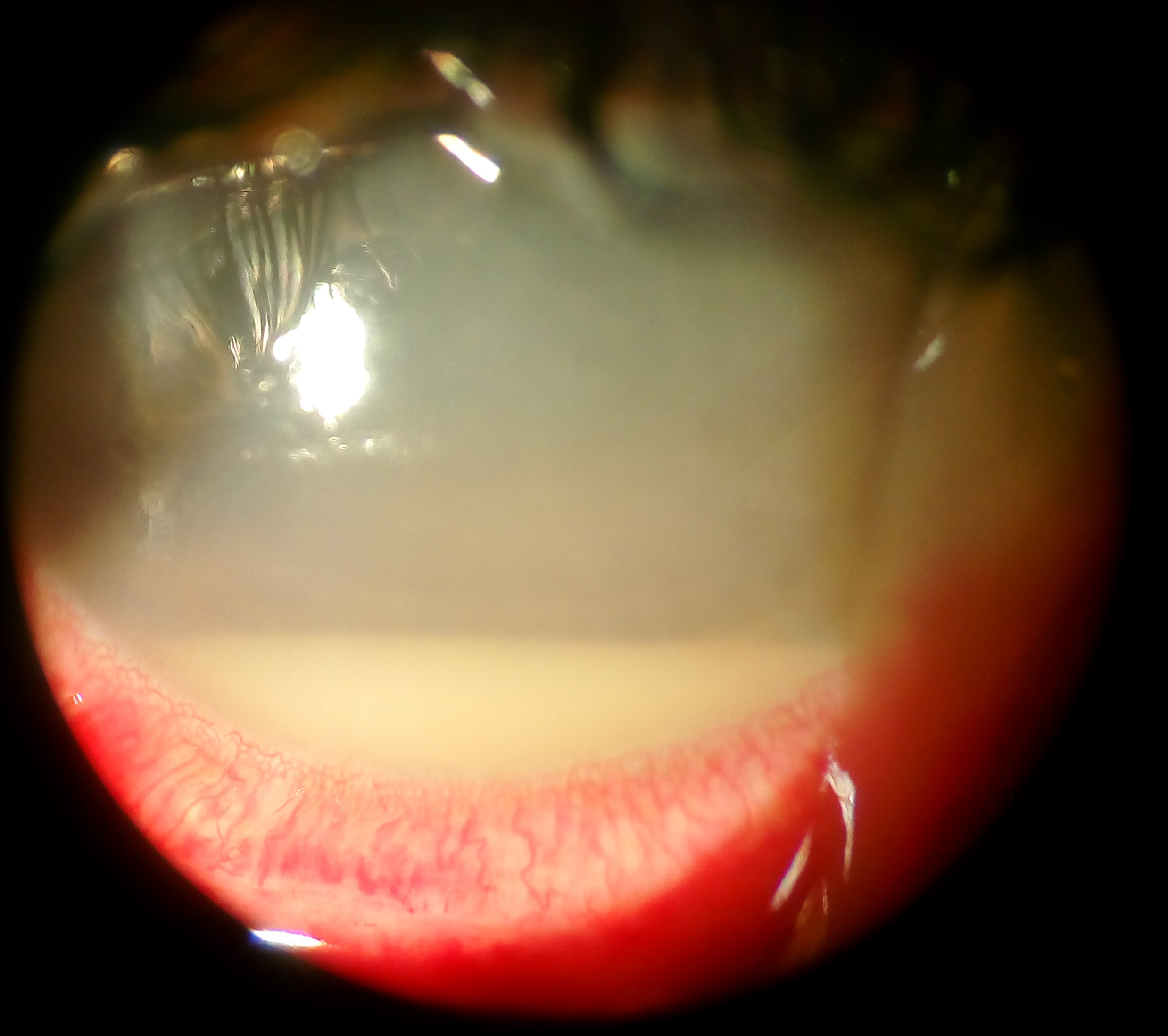 Endophthalmitis is a purulent inflammation of the intraocular fluids (vitreous and aqueous) usually due to infection.

EVS evaluated only the patients with acute endophthalmitis occuring within 6 weeks of cataract surgery or secondary intraocular lens implantation.

When there is a doubt between post-operative inflammation and endophthalmitis with severe haze in the ocular media or vitreous opacities clinically, the possibility of an infection should be given priority given the potentially rapid and devastating consequences of delayed treatment.

A minority of patients will require further treatment, mainly for worsening ocular infection. It typically requires more than 24 hours to observe an improvement in the clinical appearance after initial treatment. In many cases, the treated eyes look somewhat worse 1 day after treatment before improving subsequently.