Reticular drusen, also known as reticular pseudo-drusen (RPD), or subretinal drusenoid deposits, or reticular macular disease were first described by Mimoun et al as “les pseudo-drusen visibles en lumiere bleue” in 1990, which refers to drusen-like material that is more prominent in blue light. Contrary to the drusen which lie below the retinal pigment epithelium (RPE), RPD are located superficial to the RPE. Arnold and colleagues named these lesions as reticular pseudodrusen.[1]

Reticular drusen are yellowish subretinal lesions arranged in a network (i.e. reticular) and are more commonly found at the superotemporal quadrant of the macula.

RPD appear as dot like whitish-yellow subretinal structures in a cluster which are usually connected in a reticular pattern. Ill defined network of interwoven ribbons may be noted. These are more prominent on blue light channel of fundus photograph. Area superior to the fovea (which has highest rod photoreceptor density) is most commonly involved.[3] The fovea however, is typically spared. The reticular pattern may not be needed for diagnosis, however most studies have required at least 5 RPD lesions and multiple imaging modalities for confirmation of the diagnosis. The RPD can disappear at a specific area of retina with time. 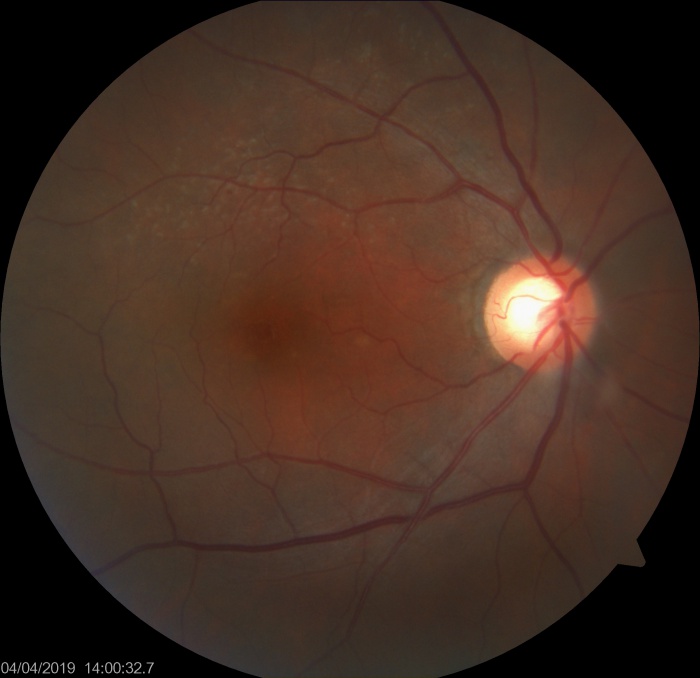 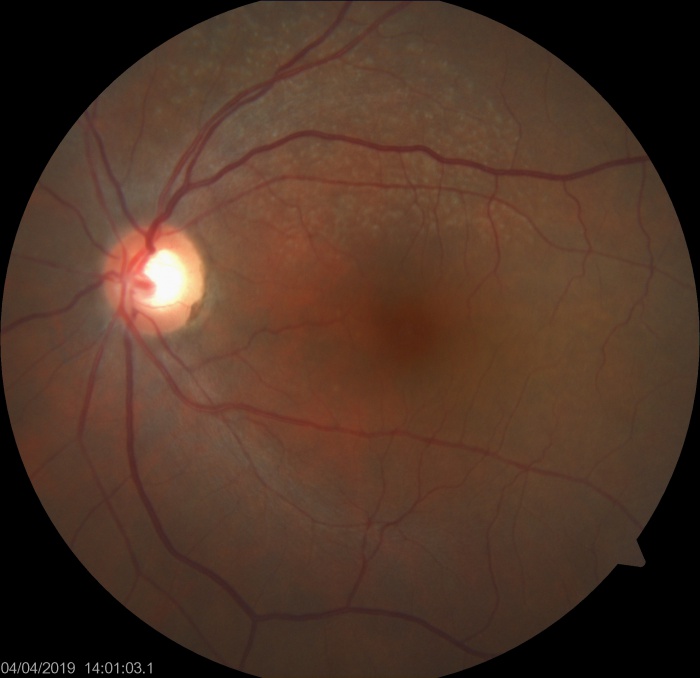 A clinical classification (by Suzuki, Sato, and Spaide[4]) of RPD has divided it into 3 types-

RPD are most commonly seen in association with ARMD. RPD may be isolated also.

Other associations of RPD include

RPDs are associated with