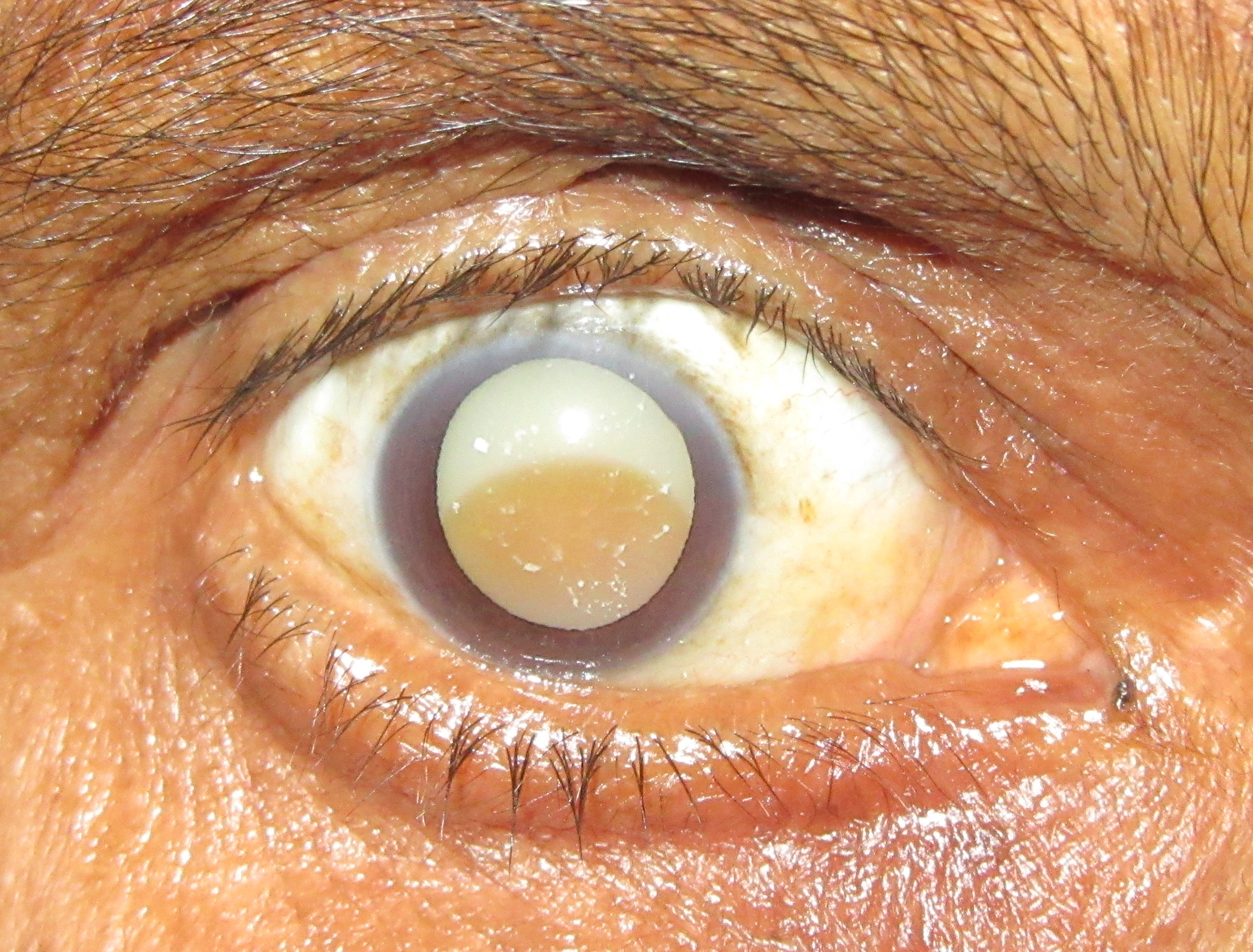 Morgagnian Cataract is recognized by the following codes as per the International Classification of Diseases (ICD) nomenclature:
ICD - 10

Morgagnian cataract is a form of hypermature cataract formed by liquefaction of the cortex and sinking of the dense nucleus to the bottom of the capsular bag.[1] The name "Morgagnian" derives from Giovanni Battista Morgagni, the 18th century anatomical pathologist.[2]

In most developed countries cataract surgeries are done as soon as it becomes visually disabling. But due to late presentation of the patients Morgagnian cataracts are commonly seen in developing countries.

It is commonly age related acquired condition. However, factors that increase the risk of cortical cataracts, like chronic sunlight exposure and uncontrolled diabetes, are the risk factors.

It appears that the Morgagnian cataract is a special form of cortico-nuclear cataract. It is assumed that the process of fibre dissolution which is encountered in cortical cataract in general is sped up and occurs en masse in the Morgagnian cataract.[3] Histopathologically, accumulation of eosinophilic fluid between lens cells with displacement and degeneration of bordering cells characterize cortical cataracts. Spherical droplets or globules of released protein from the breakdown of cortical cell walls are called Morgagnian globules. These globules may accumulate and may eventually replace the entire cortex and result in a mature Morgagnian cataract. The central dense nucleus at this point would become gravity dependent often displaced inferiorly to the lower equatorial region of the lens within the capsular bag. [4]

Morgagnian cataract is a clinical diagnosis.

Surgical removal of the cataractous lens followed by intraocular lens implantation is the treatment modality of choice.