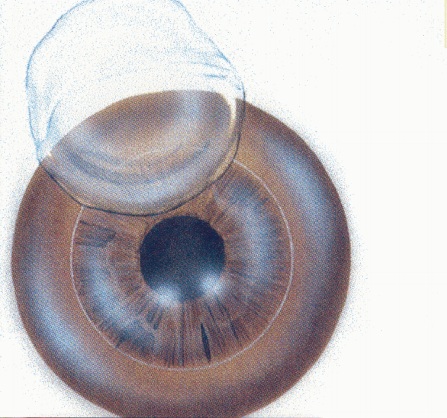 A completely detached flap of the cornea

Free cap is a rare intraoperative complication of LASIK (laser in situ keratomileusis). Ideally in LASIK, a hinged corneal flap is created that allows eximer laser to be applied on the exposed stromal bed. If the hinge of the corneal flap detaches, the flap becomes a free flap/cap. The occurrence of this complication is most commonly associated with flat corneas, which predisposes to small flap diameter. Free cap is preventable and treatable. Rarely does the complication lead to severe or permanent decrease in visual acuity[1].

Risk factors for free cap are generally anatomic or mechanical.

If a free cap is created, the surgeon must decide whether to continue with eximer laser ablation or to abort the procedure.

Regardless of whether the cap is placed with or without the excimer laser ablation, the surgeon must ascertain that the epithelial side is up and that the reference marks are well aligned[6]. 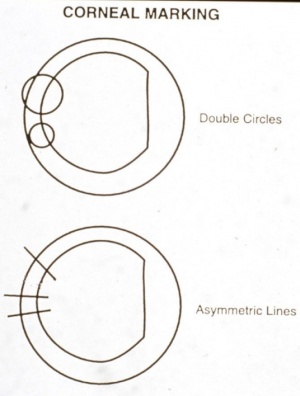 Use of asymmetric markings for best replacement of the cap when the cap does unhinge completely.

Prevention is key. Surgeon must prepare for the possibility of free cap by selecting suction rings of larger diameter (example: Hansatome or a larger microkeratome head such as 9.5mm ring on Nidek MK-2000) for flat corneas less than 42D thick (do not cut if <38D[9]), using stop rings especially for novice surgeons of LASIK[10], taking care during decentration of the ring, and calibrating the stopper of the microkeratome well. Placing epithelial reference markings (see figure) can be useful when free cap does arise so that the cap may be reapplied without inducing significant astigmatism (see figure).