Seasonal hyperacute panuveitis (SHAPU) is a mysterious disease seen and reported only from Nepal since 1975. It is an important cause of unilateral childhood blindness, and is the most devastating intraocular inflammatory disease leading to loss of sight within a week and, in many cases, disfigurement. Although initially presented as a case report at a Nepal Prevention of Blindness meeting in 1978 and reported in national journals [1], detailed description of the condition including epidemiology, serology, and histology appeared first in an international peer reviewed journal in 1984 as a severe form of pan-uveitis based on several years of work at the Department of Ophthalmology, Institute of Medicine. [2] 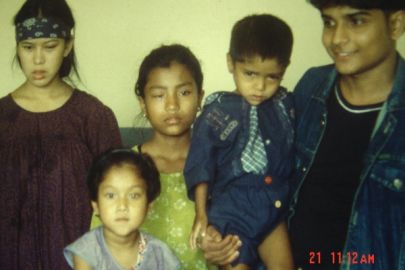 SHAPU Patients presenting with similar clinical features at a specific time of the year.

Seasonal Hyperacute Panuveitis (SHAPU) is a unique, rapidly destructive intra-ocular inflammatory disease. It has historically occurred in two year cycles in odd-numbered years since 1975 and  has been described to occur between the end of monsoon season (August –September) and the peak of winter (December-January), but recent evidence has shown that it actually occurs every year in either the summer or autumn months[3][1][2].The disease affects children predominantly, is almost always unilateral, and involves rapid deterioration of vision[1][2][4][5][6]. Two thirds of patients present with blindness while  the rest lose vision rapidly .

Most data on etiology rely solely on contact history with a suspected agent (moths) and there is evidence suggesting that the disease is due to exposure to possible toxins[7]. However, some cases presenting like SHAPU indicate viral or bacterial isolation from eyes with SHAPU, possibly driven by microtrauma from moth hairs and subsequent bacterial infection[3].  In animal experiments using guinea pigs and rabbits as a host, controlled exposure to three species of moths did not reproduce symptoms of SHAPU. Thus, if moths are implicated in the etiology of SHAPU, not all mammals are equally susceptible hosts[3].

SHAPU usually affects one eye, and historically has had a cyclic pattern occurring between the end of monsoon season (August-September) and the beginning of winter (December-January) every odd-numbered year since 1975. However, recent prospective studies have reported cases occurring in the summer months of even-numbered years (2008, 2010)[3]. While this remains unexplained , the most common cause of panuveitis among pediatric patients in Nepal is reported to be SHAPU (27.7%), followed far behind by Toxoplasmosis[8]. 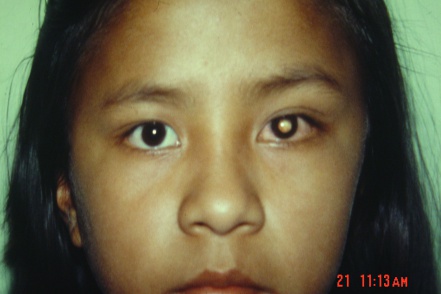 Many retrospective and prospective studies link exposure to various species of moths to acquisition of SHAPU.

In the first comprehensive report of SHAPU, described, a series of animal experiments in which the authors exposed guinea pigs and rabbits to live with Megalopygidae, Arctiidae, and Noctuidae moths in a closed room in four sets of experimental designs described elsewhere. Lesions could not be reproduced in any of the experiments. They concluded that, if moth was indeed either an inducing or transmitting agent, possibly the moths used by them in this experiment were not the type to produce the disease or that the rabbits and guinea pigs were not susceptible hosts and recommended continued vigilance and further studies.

Affecting children predominantly, the disease is almost always unilateral with rapid and profound loss of vision.[1][2][4][5][6]Starting as a red-eye with little or no pain, this quickly turns into something more frightening within days. Hypopyon, fibrinous exudates in the anterior chamber, a non-dilating pupil with massive exudation into vitreous start manifesting and eyes then become soft –resulting in "Malignant Hypotony".[2][4]

“White pupillary reflex in Red eye" with little or no pain remains the hallmark in most of the cases. No gender predilection is reported in any of the series. No statistically significant difference has been noted regarding laterality among either eye.

Earlier circumstantial evidence of exposure/contact with moths has been subsequently reinforced by clinical observation of intrastromal follicles in the cornea in some cases. However, many further cases failed to demonstrate similar finding. This has caused the origins to be questioned again – making the pathogenesis ever more enigmatic.

Oscillating between non-infective and infective origin, all cases in early reports were treated either with antibiotics, antivirals, immunosuppressive with uniformly poor results[1][4] Early interventional vitrectomy has shown promising outcomes.[6]

Currently, the only primary prevention is to avoid contact with moths during the seasons of epidemicity[7].

Seasonality, hyper-acute presentation in otherwise healthy individuals, without history of eye surgery or trauma, white pupil in a red eye, and a shallow anterior chamber in a soft eye without history of previous surgery or eye disease are features not described for any other ocular entity[7]. 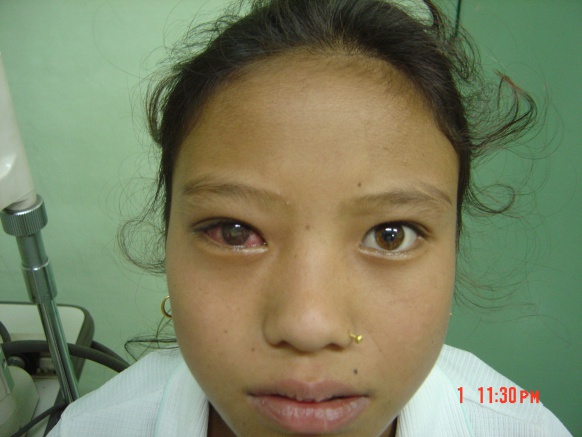 Most of the clinical symptoms and signs of SHAPU are non-specific.

Footnote - * Hallmark in most cases

CONFIRMED Case (Cases matching all the major and minor criteria) 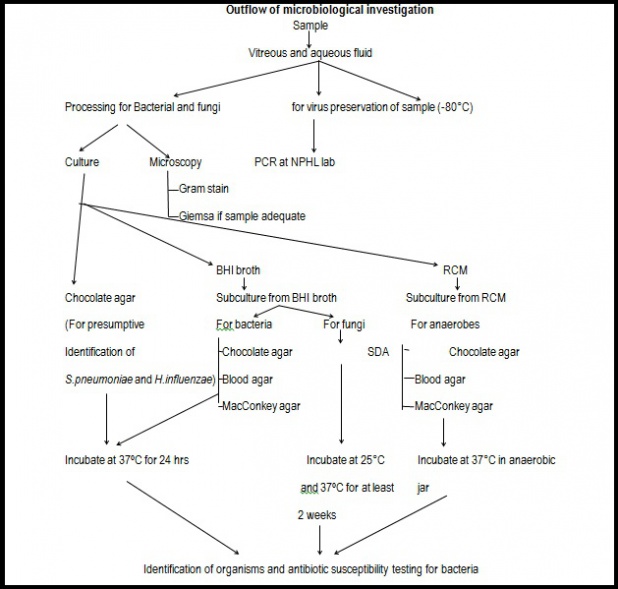 Identification of the bacteria and fungi should be done based on their morphology and various biochemical tests.

Interpretation (for bacterial and fungal growth)

Any growth is significant if growth is present in both diluted and undiluted sample.

Note – growth for any sample is considered significant if same organism grow in 2 solid or 1 liquid and 1 solid medium.

If growth is present in aqueous fluid but not in vitreous, that may be other pathology of eye.

Growth of same organism in blood and vitreous fluid culture indicates that the cause of panuveitis is endogenous or it is a condition of secondary bacteremia.

The differential diagnosis therefore may include a range of entities.

The patients will mostly be received as emergency cases or OPD cases. Doctors should perform a   thorough history and detailed ocular evaluation. Systemic examinations will also be performed to rule out any systemic associations.

Upadhyay et al also recommends the following hierarchy system to be established for better management of the cases[7]. 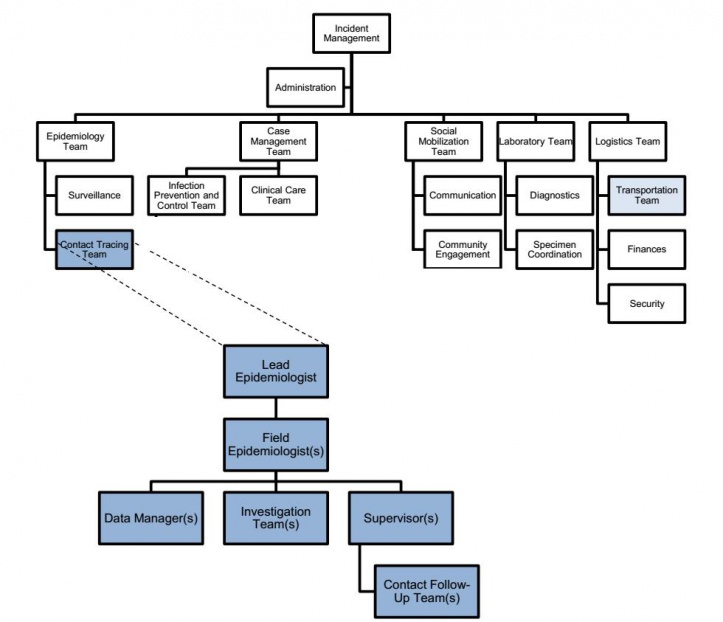 History should be taken in details and following points should be included in it:

Any person who has been exposed to or has had direct physical contact with:

After taking a detailed history, the ocular examination should be done systemically as stated below:

For any suspicious case of SHAPU, topical antibiotics can be started in affected eye and case should be referred promptly[7].

All cases should undergo core vitrectomy with diagnostic vitreous tap within 24 hours of presentation[7][9].

After completing of core vitrectomy, intraviteal antibiotics should be given as following: