Pattern strabismus indicates significant difference in the amount of horizontal deviations measured in upgaze and downgaze, as compared to the primary gaze. It is imperative to be able to detect a pattern, while examining a case with strabismus, for successful surgical alignment. This article covers basic and practical aspects of pattern strabismus and lays the foundation of general fundamentals for managing such patients.

Pattern strabismus is recognized by the following codes as per the International Classification of Diseases (ICD) nomenclature:

H50.06 Alternating esotropia with A pattern

H50.16 Alternating exotropia with A pattern 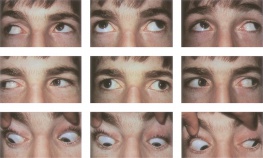 Figure 1: V-pattern exotropia with moderate overelevation in adduction. In this patient, there isno apparent underaction of either superior oblique muscle. © 2020 American Academy of Ophthalmology. [5]

Other patterns include the following:

3. Anomalies of muscle insertions and cyclotorsion 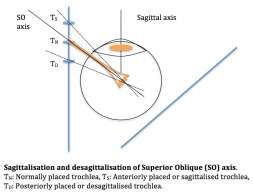 The aims of investigation are: 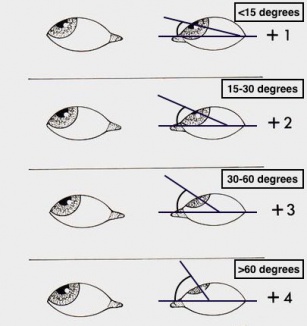 Surgery on the Oblique Muscles 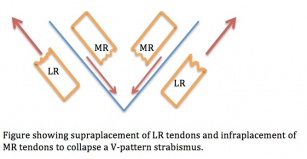 Figure 8: Directions to move the horizontal rectus muscles for the treatment of a V-pattern. 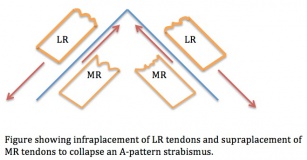 Figure 9: Directions to move the horizontal rectus muscles for the treatment of an A-pattern.

Readers are referred to a brief lecture on pattern strabismus in the video below: