“Those about to study medicine, and the younger physicians, should light their torches at the fires of the ancients” – Baron Carl von Rokitansky (1804-1878)

Ophthalmology has always been at the forefront of medical innovation while having an admirable history of innovation. As we continue to embrace the rapid advances in various development and technologies in ophthalmology, we would do well to take a step back and appreciate its incredible journey as a specialty. 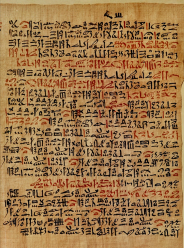 The practice of ophthalmology has been documented since ancient time. Its existence can be traced back to Ancient Babylon where reference to the eyes was mentioned in the Code of Hammurabi (2250 BC) – “If a man destroy the eye of another man, they shall destroy his eye”. However, it was not until Ancient Egypt where the first known written record of medical treatments of eye disease was discovered in the Ebers Papyrus (Fig. 1), a 110-page scroll that dates back to 1550 BC [1].

Significant attention was already paid to the eyes back then considering the fact that nine pages of this ancient medical manuscript are devoted to eye conditions. Various conditions such as pterygium, staphyloma, trichiasis, cataract and ophthalmoplegia were described in detail with magical formulas and folk remedies ranging from tortoise brain to cow’s blood for such afflictions.

The eye also played a significant role in ancient Egypt and featured heavily in everyday secular and religious activities. A famous example of this is the Eye of Horus (Fig. 2), which was ripped out by Seth and later restored magically by Thoth, after which it was called wedjat ('The Whole One'). It became one of the most popular amulets worn by the Egyptians and featured as a prominent symbol of healing, protection and good health.

Next came the pre-Hippocratic era, where the anatomical conception of the eye was mainly speculative, rather than based on empirical evidence. Alcmaeon of Croton (540-500 BC), a prominent philosopher-physician at the time, was widely regarded as the first to examine and describe the human eye. He and others hypothesised that the eye comprised of two layers: 1) an outer layer consisting of the sclera and cornea and 2) an inner layer bordered anteriorly by the pupil with fluid at the centre. He also described the eye to be attached to the brain by "poroi" ("ducts") through which a special fluid, believed to the medium of vision, flowed from the eye to the brain. 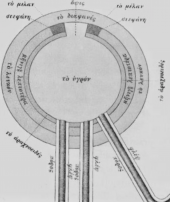 Figure 3. The eye according to Hippocrates & Aristotle

The Hippocratic Corpus, a collection of approximately 60 early Ancient Greek medical works by Hippocrates (460-375 BC), further advanced the ideas of Alcmaeon of Croton [2]. The eye was now described as comprising three layers (not two): 1) a thick outer layer, 2) a thinner middle layer which may protrude like a bladder when injured and 3) an inner layer which is thinnest and very prone to damage. Aristotle (384-322 BC) further put forth the existence of this anatomical framework based on animal dissections and described the optic nerve as a duct connecting the eye with the membranes of the brain (Fig. 3) [3].

Significant emphasis was also placed on the prognostic value of eyes in the context of clinical medicine. Notable excerpts from the Hippocratic Corpus highlighting these examples include: 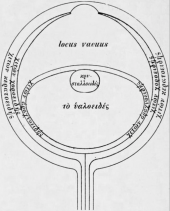 Figure 4. The eye as depicted by Celsus[4]

The invasion of the Achaemenid Empire in 330 BC by Alexandra the Great ushered in the Hellenistic era in which Greek cultural influence and power reached the peak of its geographical expansion. The Alexandria School of Medicine, where the first systematic dissection of the human body was performed, further advanced the understanding of ocular anatomy and physiology. Much of this was contributed by Herophilus (330-260 BC), a Greek physician who showed a particular special interest in the eye and devoted a treatise specifically to this topic [5]. Unfortunately, only fragments of his written works survived, with much of it inherited through quotations from subsequent scholars such as Celsus, Rufus and Galen. Through their work, existence of further ocular structures was given clear recognition, including the lens (a drop-like body named crystalloides) and a large empty space (locus vacuus) containing “humor”, likely representing the anterior chamber (Fig. 4). 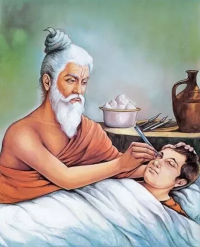 Sushruta, the most celebrated physician and surgeon in India, is widely regarded as the father of Indian ophthalmology. The exact timeline of his existence remains a controversial topic due to a lack of traceable evidence but current consensus places him around the fifth century BC (a century earlier than Hippocrates) [6]. He devoted a complete volume of his experiences on ocular anatomy and pathology to the final sections of the Sushruta Samhita, a monumental treatise on surgery. This compilation, referred to as the Uttara Tantra, contained elaborate descriptions of 76 eye diseases (Nayana-Budbada), 51 of which were amenable to surgical treatment. These included diseases such as glaucoma (Gambhirika), uveitis (Adhi-mantha), cataract (Kacha) and trichiasis (Pakshma-kopa) [7]. In addition, Sushruta described in the Samhita of what may be the first extracapsular cataract extraction using the Yava Vaktra Salaka, a sharply curved needle used to loosen and push the cataract out of the field of vision (Fig. 5).

Figure 6.  Roman marble votive relief with eyes (courtesy of the Trustees of the British Museum)

Roman ophthalmology in classical antiquity represented further progress and modification of pre-existing Greek knowledge [8]. This was reflected by the fact that most physicians working in the Roman Republic were in fact from the Hellenistic area and worked as slaves in wealthy families. This was commented on by Pliny the Elder, a commander of the early Roman empire, in his encyclopedic “Naturalis Historia” which claimed that Rome had well-established medical care but no Roman physicians [9]. Trachoma (called “aspiritudo” (roughness)) was particularly endemic in ancient Rome and was treated with collyria containing copper acetate and surgical removal of the granular lesions [10].  Various sculptures were dedicated to the eyes, evident through existing stone votives for ocular ailments left in shrines by grateful patients (Fig 6.).

The Greco-Roman physicians made remarkable anatomical discoveries of the eye and refined surgical instruments and techniques. Among these, Celsus (25 BC to 50 AD) was the first to systematically deal with ophthalmology, with related manuscripts preserved to the present day. Through his pioneering work, De Re Medica, Celsus earned the reputation as one of the greatest contributors to ophthalmology during the Roman empire. In it, he described in Latin various ocular diseases and their treatment. These descriptions, largely inspired by his Greek predecessors, were later developed into a more sophisticated classification by the Romans. Certain views such as the crystalline lens as the central organ of vision and cataract as opaque concretions between the lens and iris were still held with high regard, and these persisted through the Middle Ages. 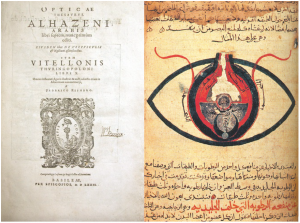 During the Middle ages or medieval period, the fall of the Western Roman Empire saw the centre of Caucasian civilization shifting eastward to the Arabist world who dominated not only politically but intellectually and culturally. The rich heritage of the Grecian era was largely neglected by Europe during the dark period, in contrast to the Arab Empire who embraced and further developed Hellenistic medical knowledge. During this period, incomparably more manuscripts on ophthalmology were written in Arabic compared to Latin, Greek and other European languages combined [11].

The Kahhal (کحال) or oculist, was highly regarded in society and had a privileged place in royal households. The most famous Kahhal, not only during his time but cited as an authority through the medieval period, was Hunain ibn Ishaq al-Ibadi (known as Johannitius in Latin; 809-873). He was the son of a Nestorian Christian chemist with knowledge of the Greek language and wrote the “Book of the Ten Treatises of the Eye” which built upon the work of Greek scholars and delineated the first detailed anatomical illustration of the eye [12].

Revolutionary work in the field of optics was achieved by Ibn Al-Haytham (known as Alhazen in Latin; 965-1040) through his Book of Optics (also known as Kitab al-Manazir). In it, he described the correct theory of vision in which the seeing process was facilitated by light rays radiating from an object to the eye (Fig. 7). This disproved the opposite ideas of preceding Greek philosophers who proposed the intromission theory, whereby rays emanated from the eye itself to the object.

The previously practices of earlier Greco-Roman oculists were deemed crude and frowned upon by many of the leading figures in the medieval Arabist age. Guided by scientific methods, the flourishing science of ophthalmology in the Arabic era served as the foundation to that of European science and well into the Modern era. This was echoed by Julius Hirschberg in his address to the American Medical Association in 1905 [13]: 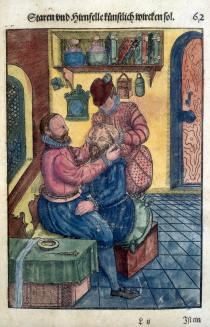 Figure 6. Cataract couching as practised by George Bartisch (courtesy of the Wellcome Collection)

The first physicians specialising in ophthalmology were known as “oculists”, a term which is an adaptation of the Latin word oculus (eye). George Bartisch (1535-1607), a German physician who wrote extensively on eye diseases in the 16th century, was perhaps the most well-known oculist of his time and is considered by many to be the “father of modern ophthalmology”. He spent a considerable portion of his life plying his trade around different countries and eventually settled down in Dresden where he became court oculist to Duke Augustus I of Saxony in 1588.

He is credited for publishing Ophthalmodouleia Das ist Augendiens, the first Renaissance manuscript on ophthalmic disorders and eye surgery in 1583. This comprehensive work featured 92 full page woodcuts depicting eye disease, surgical methodology and instrumentation (Fig. 6). It remains a pivotal work of modern ophthalmology and has, to some extent, established ophthalmology as a distinct medical and surgical specialty.